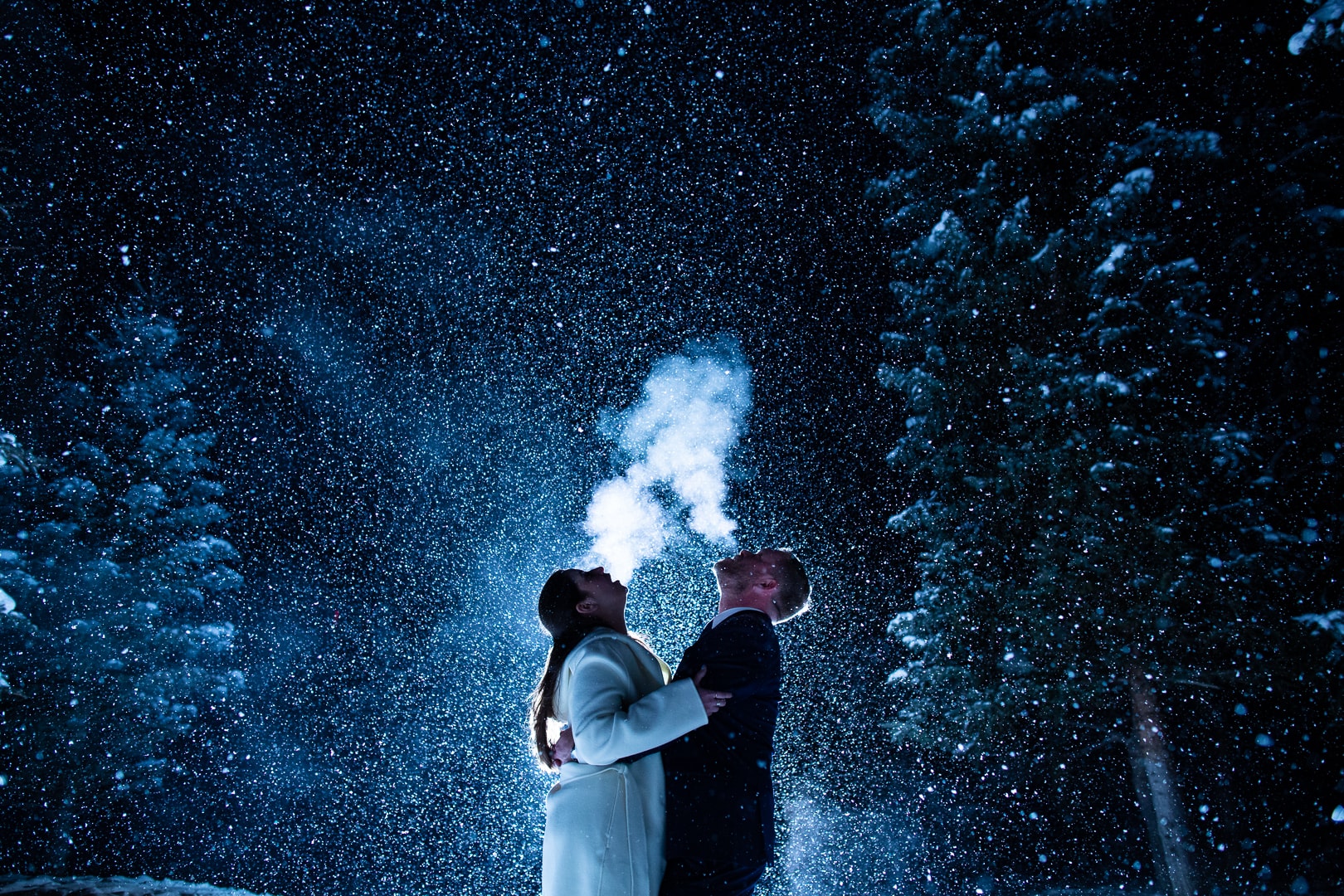 Talk about a dream elopement! This southern pair traveled to the mountains of Colorado for their Twin Lakes Elopement Photos. Lucy told me she had always dreamed of being married in a winter wonderland. I helped them pick out where to elope, and boy, did Colorado deliver! On their ten year anniversary, we were caught up in a white out blizzard with romantic snow falling all day. Because their elopement was just them, the pair had the freedom and flexibility to have their day their way. They got ready together at their hotel in Vail, helping each other with custom cufflinks and accessories.

Elopement on the Shore of Twin Lakes

The couple walked along the shore of the frozen lake until they found a location that felt just right for them. Colorado’s highest mountain, Mt. Elbert, peeked out from the snowy landscape. There they said their private vows and exchanged wedding rings. Hardly a single quiet moment had passed before their Golden Retriever, Zelda started digging a hole in the snow, showering the couple with chunks of wet snow. Lucy, Rick and I had a fabulous time, but nobody had a better time than Zelda, who raced around in the powder. She gulped down snow while they fed each other “adult lunchables” over the marriage license on the hood of their rental car.

The newlyweds had a snowball fight and popped a bottle of champagne. Rick got completely covered and it was so cold out that it froze to his hands instantly. We romped all over the mountains and set out to have as much fun as possible. Our bellies rumbling, we stopped in Leadville for pizza and wings, and Lucy and I both took photos of Rick slurping down the hot sauce. Rick has good taste in Lucys. At the green bridge overlook, the pair smacked each other’s butts and laughed until their sides hurt. When we finally returned to Vail, snow was knee deep and still falling. An epic after dark elopement portrait capped off the amazing day we shared.