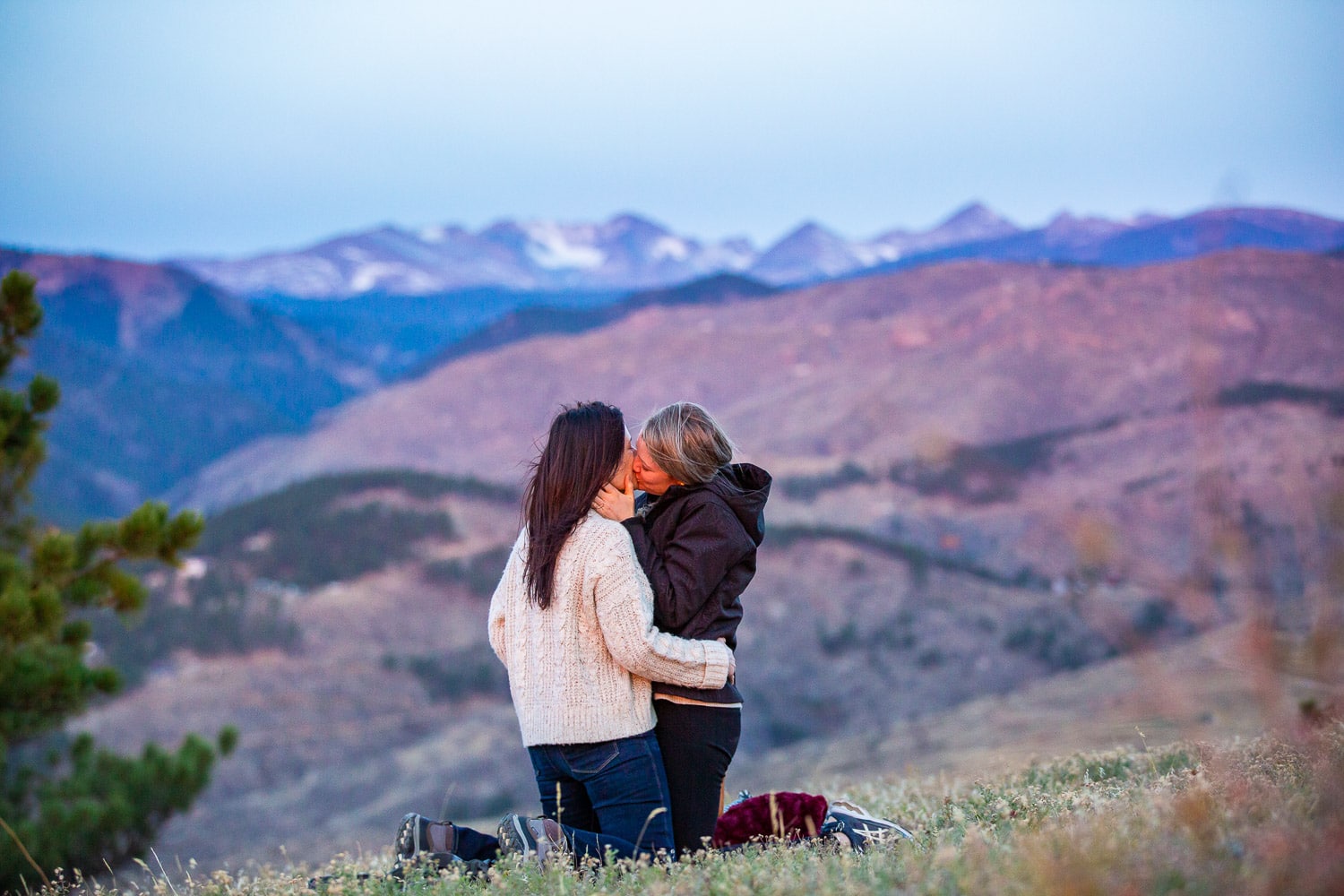 I couldn’t be happier to bring you Samantha & Alanna’s romantic LGBTQ proposal photos in Boulder this month. Samantha and I had been in cahoots for a few weeks, keeping the secret proposal plan under wraps. Alanna had been tipped off to a winter proposal in the Tetons instead. So she didn’t have a clue when Samantha suggested a sunrise hike in Boulder on a random Wednesday. Set up at the top of the mountain for them was a simple breakfast picnic – blankets, coffee, and Alanna’s favorite treat: cinnamon rolls! Samantha even had a custom picnic basket that doubles as a picnic table made for the occasion. Which I’ve just realized I absolutely need..

The Scene Was Set..

Samantha and Alanna arrived just as the pink sky spread over the peaks in the background. They had the whole mountain to themselves as they sat together on the blanket. Samantha took her time in speaking from her heart. Tears were shed (AT LEAST 1/3 of the tears were mine) before she pulled out a ring box and asked Alanna to marry her! Alanna was adorably overwhelmed and she took a long time to realize I was there to photograph it! The wind soon picked up and was all but blowing us off the mountain as we shot a few just-engaged portraits. The two of them were all loved up and elated to be engaged! The amount of cute moments in their sunrise proposal photos are off the charts! Check out their adorable LGBTQ proposal photos and the proposal timelapse to see how it all unfolded!