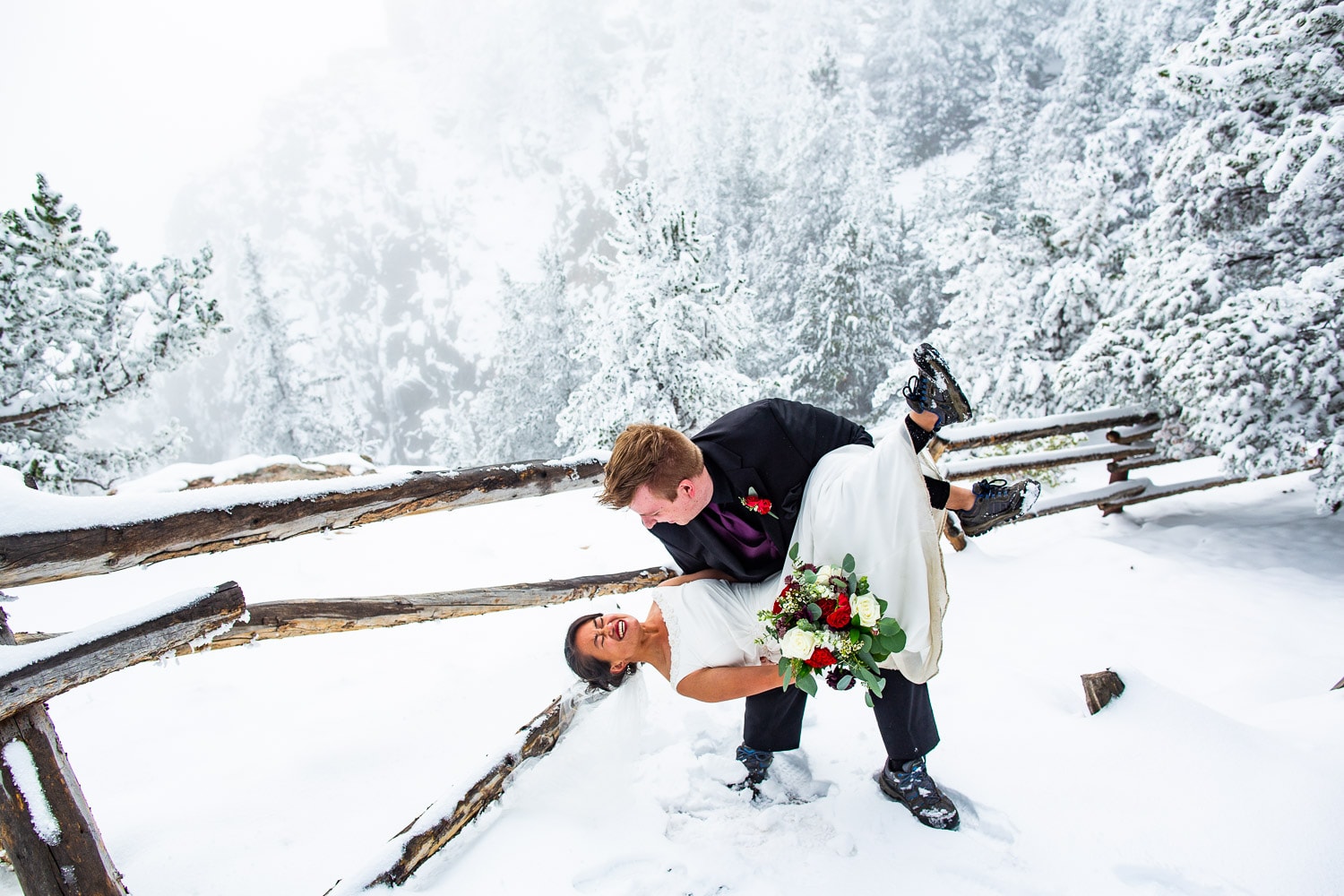 Maren and Braden had their elopement this September, but that wasn’t their Plan A. They actually got married in April, during lockdown, with only their tortoises Athena and Eugene as witnesses. They had a second small party over the summer when they weren’t sure about how things would unfold. So when the much-anticipated September date dawned, it was their ten year dating anniversary and their third time wearing their wedding clothes that year! And dawn also brought a carpet of fresh snow, a crazy freak storm after days of 90+ degree weather. But Maren and Braden just rolled their eyes and continued on with high spirits. NOTHING was going to get them down!

A Winter Wonderland in Evergreen, CO

Even though a winter elopement was the last thing they wanted, it was a photographer’s paradise as the snow coating all the trees, dripping icicles and fog drifting over the lake made their Evergreen lake house wedding photos incredibly beautiful. The freezing temperatures forced us inside for their family-centered intimate wedding ceremony. Her brother Robbie played the cello for the processional, which featured both their flower grandma and Braden’s ring bearing grandpa with a pokeball ring box the couple made themselves. I love when weddings are personalized down to the details!

After the reception, we headed up into the mountains for one of my favorite ever romantic portrait sessions. The snow and fog made a glorious snowglobe mountain scene unlike any I’ve seen before, and we absolutely milked it in the white out wonderland. Their winter evergreen lake house wedding photos are unique, colorful and creative – just the way we like it! Congratulations doesn’t even begin to cover it – join me in celebrating the Scarboroughs one more time with these epic wedding photos in Evergreen!