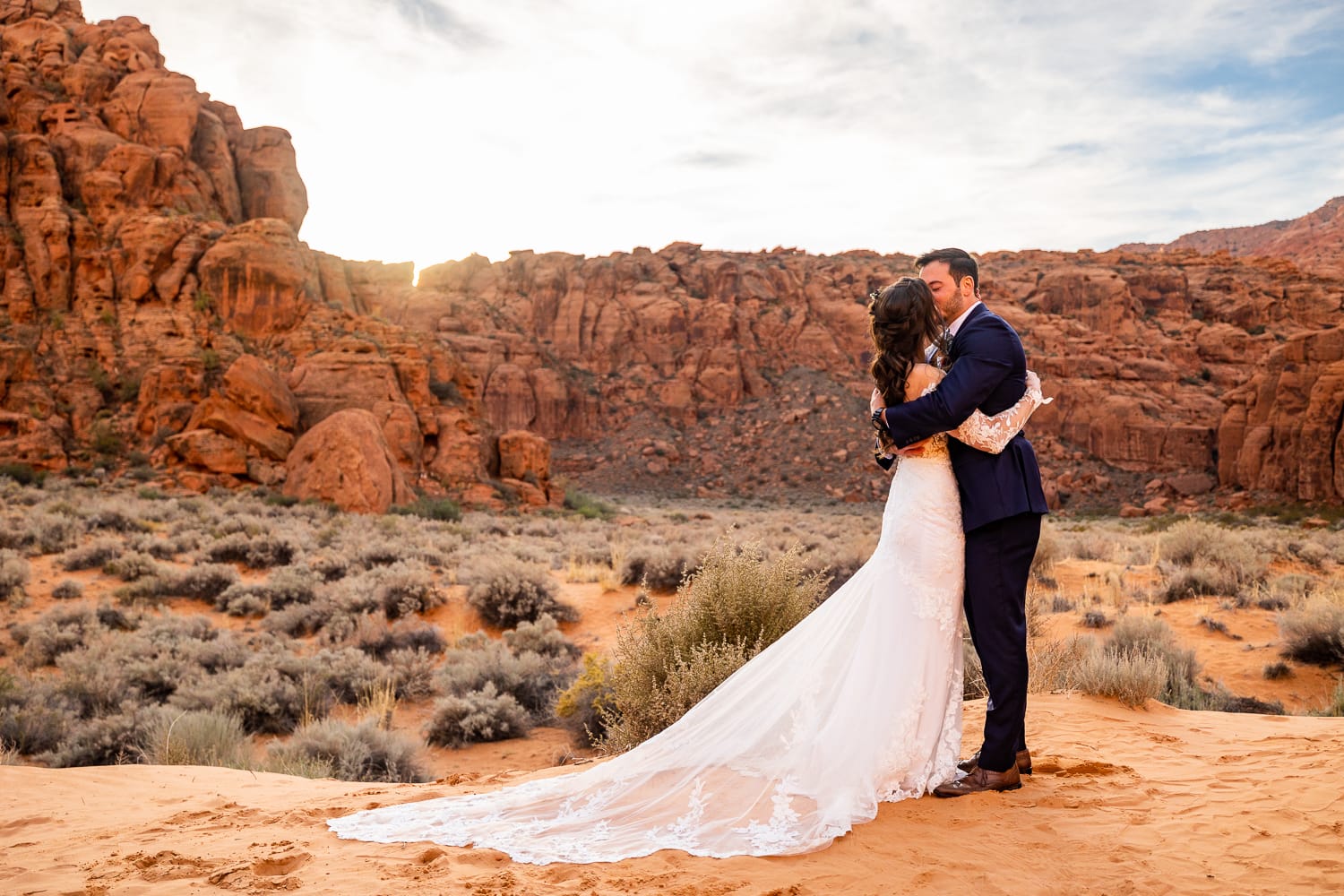 Kelly and Mike’s Snow Canyon elopement photos are colorful and show the vast desert beauty of Utah and the joy these two share. The entire day was filled with joy and togetherness in their own special ways. Having an intimate elopement with just ten of their close family members allowed them to share their wedding with those that meant the most to them. They combined their family ceremony with a sunrise hike to Snow Canyon Overlook just the two of them. And me, of course! As the sun broke over the horizon, they shared love letters with each other. It was emotional and perfectly THEM – they’ve always connected over sunrises.

Kelly and Mike chose to elope in Snow Canyon State Park because they already had a trip planned to Southern Utah. Deciding between Zion National Park and Snow Canyon was the only hard part of the process! While both parks have designated ceremony sites, Zion is more crowded. The Sand Dunes location at Snow Canyon has those beautiful red rock walls that provide the perfect backdrop for an outdoor elopement in the desert. It was absolutely gorgeous for their November Snow Canyon Elopement photos. If you want to learn more about eloping at Snow Canyon, check out the guide here!

This couple was one of the sweetest ever. I was honored to be given the keys to their lives for a day. As they let me into their inner circle. Just look at Mike’s reaction when he saw his bride on the edge of the canyon wall for their elopement first look! He was DOUBLED over and misty eyed. Then he shared his vows at the ceremony. And let me tell you, it was what every woman would want to hear! So incredibly cute. Their families also surrounded me with warmth and welcomes from start to finish. These two deserve the absolute best that marriage and partnership can provide. Join me in wishing them a massive congratulations!