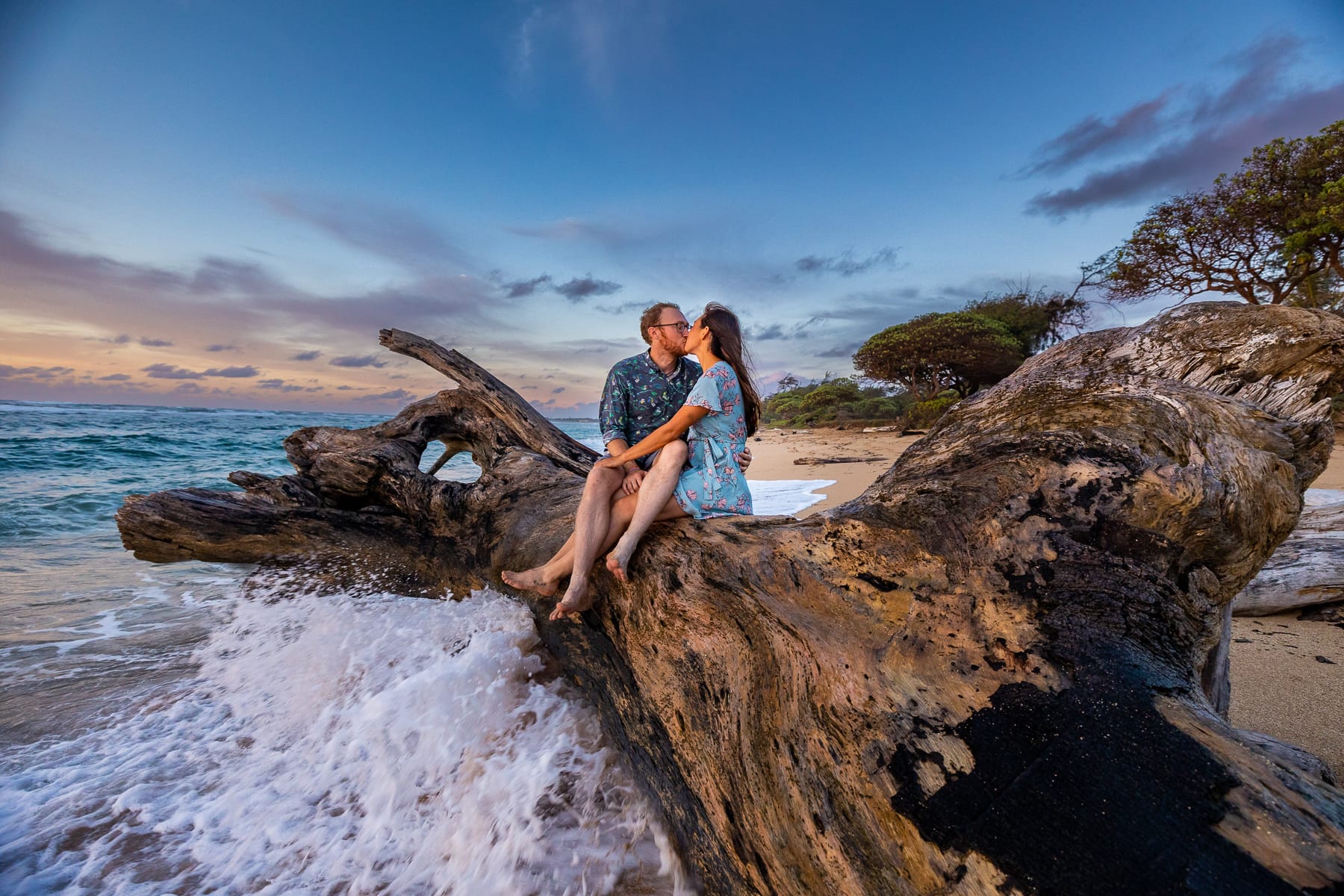 I met Jaden and Matt on my recent trip to Kauai at the Kalalau lookout and ended up making amazing Kauai Beach couples photos together! I noticed they were having WAY too much fun at a scenic view. The view is amazing – but the way they were laughing doubled over made me wonder.. are they on drugs? Or just in love?! I planned to ask them if they would like to meet up and do Kauai beach couples photo session with me. Just as I was about to ask them, I heard Matt say to Jaden, “You are just the MOST awkward when meeting new people!” …right as she was about to meet a new people. I almost turned around and didn’t ask them after I heard that. But, I’m SO glad I did!

After we cleared up the drugs/love situation (It’s just love) and answered the question of “what was so funny at the lookout?” (poop jokes) It was like we had known each other forever! We met up at sunrise on a beach on Kauai’s east shore. I told them beforehand that the photos are all about capturing them as they naturally are, and that they didn’t have to look or be a certain way. I actually wanted to photograph THEM. And they took this to heart! For example, one of my first prompts was to tell them to run down the beach and have fun. Jaden and Matt took off.. and didn’t come back! I literally had to chase them down because they were jumping over driftwood and goofing off in the water while the sun was rising in the opposite direction.

It wasn’t long before I was up to my waist in ocean waves and making a total fool of myself. But, our personal weirdnesses just worked together. The massive driftwood was a good place for them to have an imaginary finger-blaster fight. And then Matt cuddled up onto Jaden’s lap for some smoochies. The kicked the waves, goofed off, and when I suggested they hold hands and look at each other, they instead had a thumb war. It was the most romantic thumb war I’d ever seen. Then they found a sketchy beach rope swing. So you better believe they got on it! It was cute AF! But you know that already.. because you’re here to look at the pretty photos, not read my words!