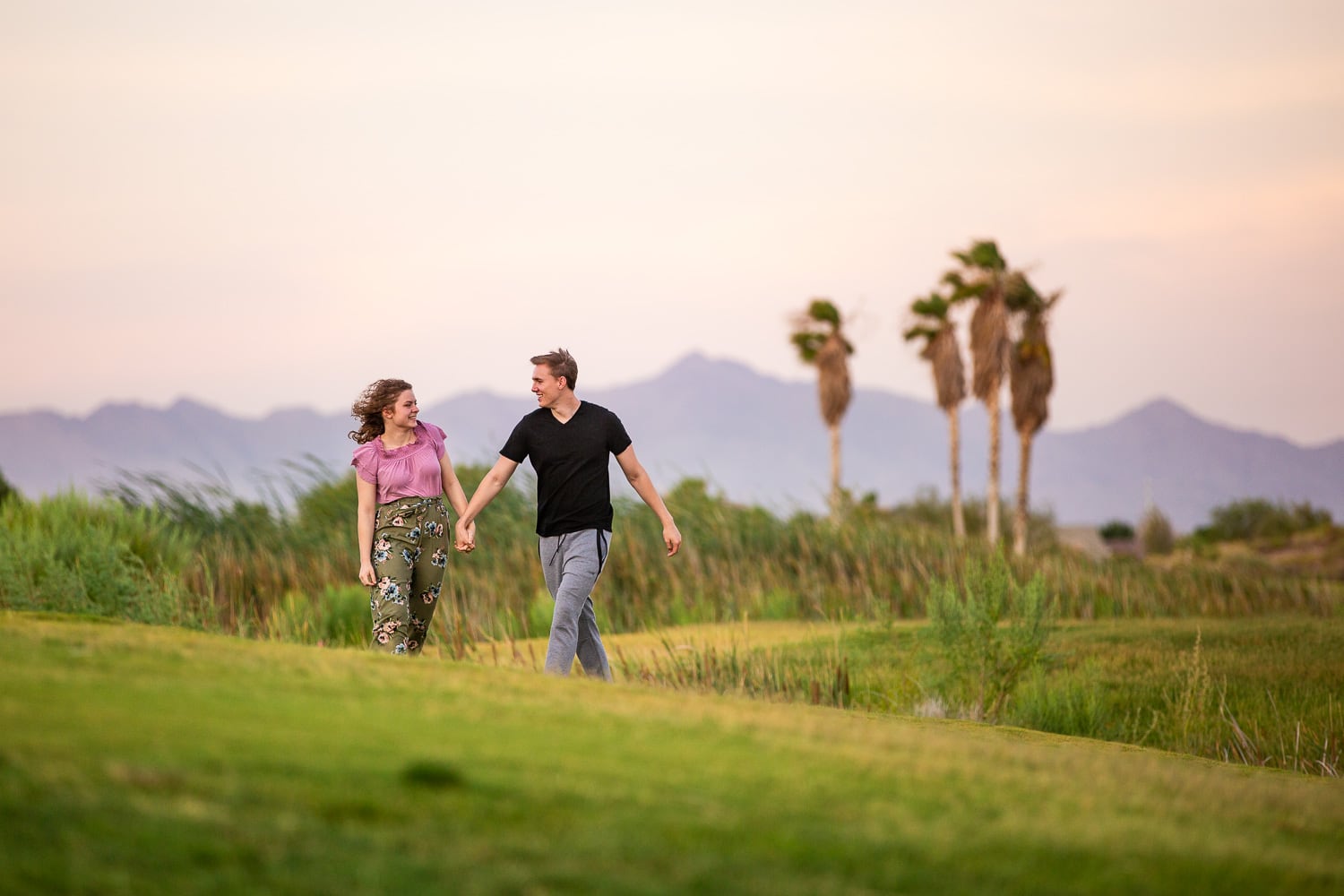 You guys! Being a destination couples photographer is such a dream! First let me just say, as evidenced by the playful first photo here, that these two are not engaged and these are NOT engagement photos 😉 I usually photograph engaged couples and marriages of all sizes & kinds, but I made an exception for Jason & Alyssa just because they are too happy together. I don’t think you’ll mind the lack of a ring though, as you enjoy these beautiful couples photos in front of the most stunning pink sunset, with palm trees swaying in front of the distant mountains. A beautiful hazy orange glow hung over the mountains, but the haze was actually made up of sand particles in the air. On top of being near 100 degrees, it was insanely windy that day, blowing the desert sand into a frenzy, meaning our planned shoot at the sand flats was out of the question. So this stunning desert oasis was actually the backup location! Obviously I ain’t mad!!

Have As Much Fun As Possible Photographer

The incredible landscaping and ponds added so much green to the foreground. Plus, it being the location of their cancelled prom, it was special for them to share some romance on the grounds.  Despite the heat and the wind, we set out to have as much fun as possible on this shoot, and I don’t know about them but I had a blast! Okay, my photographic evidence suggests they also had a ton of fun, as the young loves frolicked, got piggyback rides, shared a game of enthusiastic leap frog and even dared each other to a mad dash through the sprinklers that surprised us at the end of the shoot! That’s my goal as a destination couples photographer – to keep my people so gleeful that they don’t even notice we were making beautiful, colorful, fun photos together. Plus, you can check out Alyssa’s equally adventurous sisters’ elopement here in Valley of Fire and here at a dry lake bed!