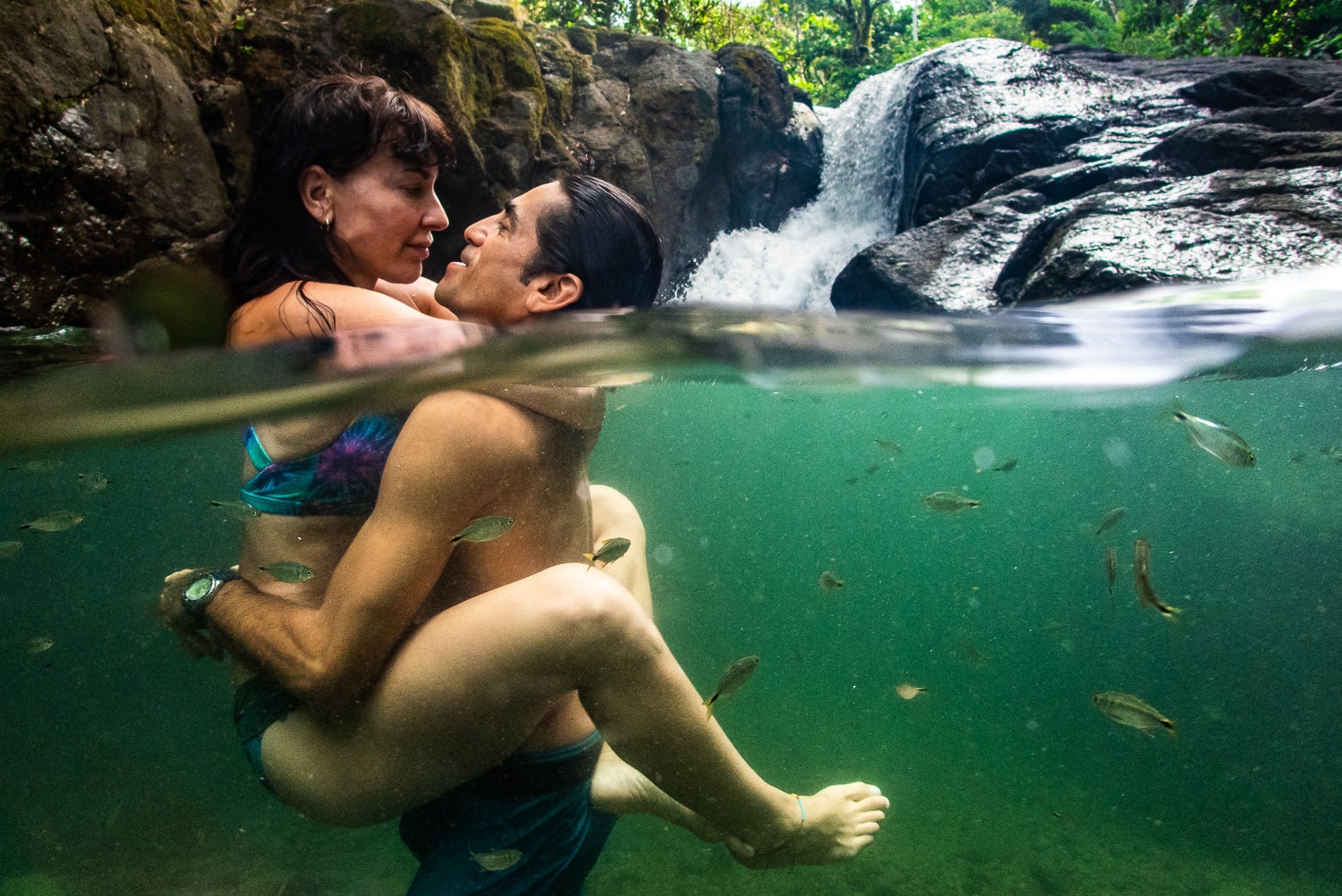 Grab your towel and your sunglasses for this hot and.. for lack of a better word, wet, Costa Rica waterfall couples shoot! Damian is a boutique tour and river rafting guide in Manuel Antonio, and he and his wife Evalina brought us to two hidden waterfalls in the jungle for our shoot. Check out his tours here, because you will not find a better experience on this pacific coast-meets-rainforest paradise. Seriously. You will have so much fun! Also – these two have the cutest love story. They met as kids when they were in the same neighborhood. They lost touch but reconnected in Costa Rica as adults.. and the rest is history!

Setting the Scene in Costa Rica

Manuel Antonio is on the south pacific side of Costa Rica. It is also HOT AF. So jumping into the cool and clear pools below the falls was a great way to refresh and spend a day The best part was swimming with the fish – like being in a wild aquarium! We all shared a sense of adventure, and clambered right up to the pounding falls. They were much more graceful than I was – I mean, they could be leading second lives as models and we wouldn’t know it. I on the other hand was wearing a dorktastic swim short combo and a full face mask and snorkel and lumbering over the wet rocks like a beached seal. (My husband’s words.) Scroll down to check out the behind the scenes shot that he took because I am living my best life.

Damian and Evalina were totally game for my underwater photoshoot schemes. They’re also pretty into each other – which makes them so easy to photograph. They splashed in the pool, dove in, and even smooched underwater. My underwater camera rig did fantastically on its first official shoot, and you’ll see the waterfall spray droplets on the lens. I’ll be putting together a list and guide to all the most amazing spots to explore and elope in Costa Rica soon. And in the meantime, I’ll be offering underwater photography for anywhere you can dream up!

Check out my travel schedule to see where to catch me next!