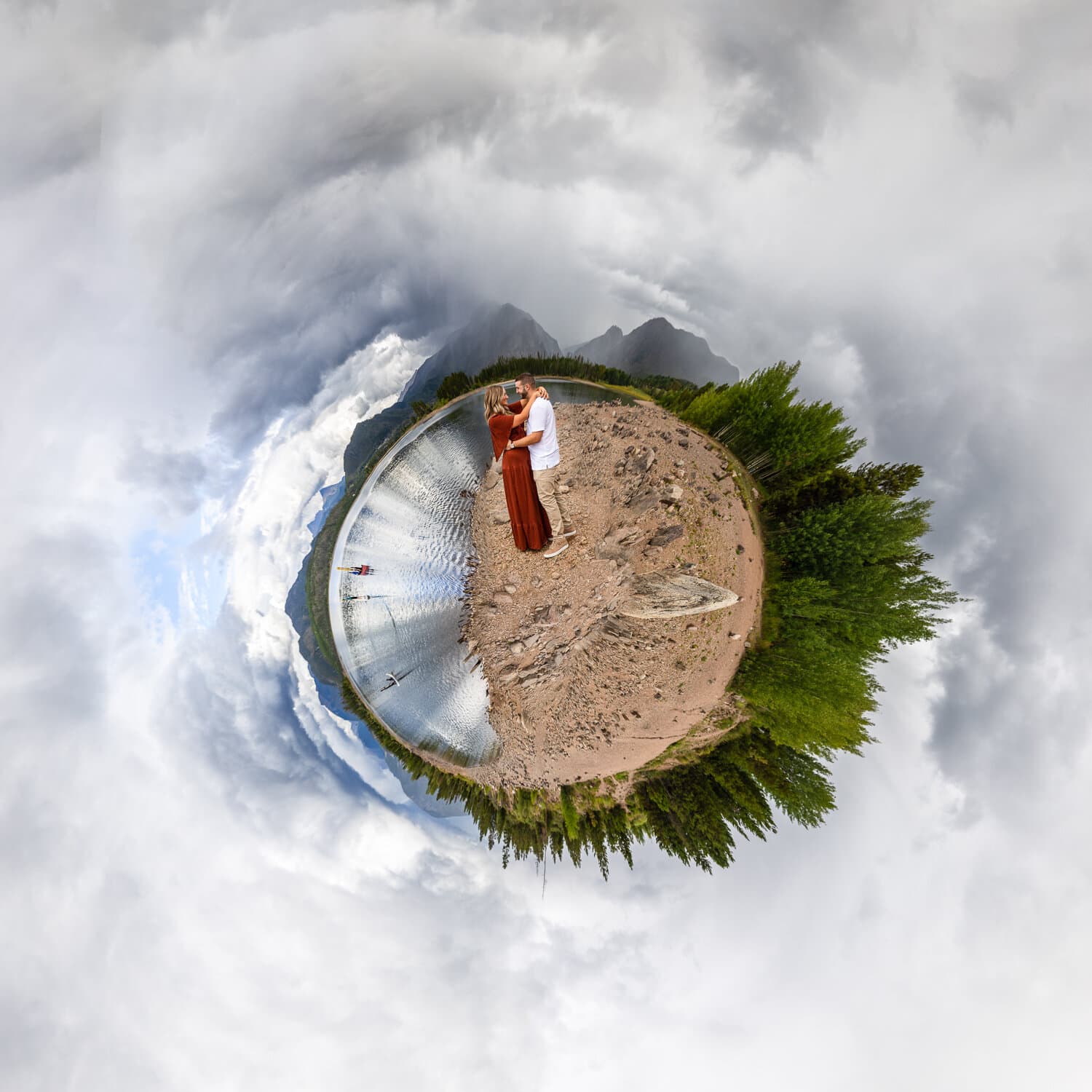 Hats off to Jake for pulling off this romantic Breckenridge Proposal! He planned to take his high school sweetheart on an anniversary dinner in Breckenridge. Veronica knew that there would be a nice dinner, so she was looking fresh and beautiful in this cinnamon colored boho dress. Her hair & makeup freshly done, she still didn’t know exactly what was in store for her. On the way to dinner, he suggested they stop at a lakeshore for a stroll.

When Jake contacted me, he knew that he wanted to take Veronica down to the shore of Lake Dillon. It was one of the first places they visited when they moved to Colorado. But it’s a big lake! Most of the areas around the lake are bustling with locals and tourists. Some are so busy that it’s impossible to have a parking spot or a moment alone. But, I know of a little spot that is relatively undiscovered. The rocky shore isn’t a sandy beach, but the views and privacy speak for themselves!

When Jake brought his girlfriend down to the shore, he took a moment to take both of her hands. Then it was time for the big moment! I just LOVE watching the emotions unfold as Jake shared his feelings and intentions with her. She was SO happy and surprised and immediately gave him a great big hug. From then on it was pure joy and happiness for the newly engaged pair. And they have all these beautiful photographs for them to enjoy and relive the feelings.

Thinking about proposing? I’d love to help you plan & execute your plan. From location suggestions to tips on bending the knee to capturing the whole story, I’m here for you. Visit my proposals page to see my recent proposals and get more info. Don’t hesitate to reach out!